The annual Munich Security Conference ends today, with world leaders and diplomats continuing to call on Russia to adhere to existing international norms and de-escalate the current crisis on the Ukrainian border.

During a speech on Saturday, European Commission head Ursula von der Leyen accused Russia of disregarding the UN Charter and warned that the country’s threat against Ukraine could change the entire international order.

“The world has been watching in disbelief as we face the largest build-up of troops on European soil since the darkest days of the Cold War,” von der Leyen told the conference, going on to describe Russia’s actions as a “blatant attempt to rewrite the rules of the international order.”

NATO Secretary-General Jens Stoltenberg later appealed to the head of the Russian Foreign Ministry that the country should once more engage in dialogue with the NATO Council to prevent the conflict in Ukraine.

Russia was not represented at the conference as it declined to send a representative.

The Polish government announced plans yesterday to establish a program dubbed “Help for Ukraine” in response to the ongoing crisis on the Ukrainian border.

The announcement follows comments Prime Minister Morawiecki made on Wednesday, in which he declared his government’s intent to create special teams tasked with monitoring and providing help to refugees in case of a Russian invasion of Ukraine. Warning that “war may cause an exodus from Ukraine,” Morawiecki highlighted the need to be “prepared for the worst.”

The news comes as Russian-backed leaders in eastern Ukraine announced general military mobilization on Saturday, a day after ordering hundreds of residents to evacuate to Russia amid a threat of conflict.

Strong winds from Hurricane Eunice tore through Poland yesterday, resulting in several injuries and at least four fatalities across the country.

In addition to the human cost, the storm caused train delays and cancellations, electrical outages, damage to thousands of buildings, and the temporary collapse of the nationwide 112 emergency system.

Firefighters across Poland were called out 23,526 times on Saturday, according to reports by the Government Centre for Security (RCB). The spike in emergency calls temporarily caused the 112 emergency line to stop functioning.

As of 21:00 on Saturday, the 112 alarm system had reportedly been “restored to normal operation,” according to Secretary of State Maciej Wąsik. Reports at the time showed over half a million (524,103) households without electricity and damage to over 2,600 buildings.

While no injuries or fatalities were reported in Pomerania, firefighters were called out over 1,100 times, with winds causing rail delays, cemetery and park closures, and a loss of electricity for some 40,000 households in the region.

Approximately 30,000 residents remained without power in Pomerania as of 20:00 on Saturday. Gdańsk cemeteries, including Łostowicki and Srebrzysko, and Oliwa Park, remain closed until further notice.

PKP Polish Railways reported 67 train cancellations on Saturday, along with some 400 weather-related events and delays. As a result, some passengers waited hours for connections, while others were forced to use alternative bus transport provided by PKP.

The Musical Theatre in Poznań recently unveiled plans for a musical about the life of Irena Sendler, the Polish nurse credited with saving hundreds of Jewish children from the Holocaust.

Sendler used her medical connections to rescue some 2,500 Jewish children from the Warsaw Ghetto by hiding them in Polish families, orphanages, and monasteries. She famously wrote down the names and addresses of the children in code and buried the slips of paper in jars under an apple tree, effectively preserving a record of their Jewish identities.

She was eventually arrested and tortured by the Gestapo in October 1943 but managed to escape before being executed, later fleeing to the UK, where she passed away in 2008 at the age of 98.

“Irena” the musical is set to be directed by Brian Kite, Dean of the School of Theater, Film, and Television at the University of California in Los Angeles, with songs by Mark Campbell and music by Grammy-winning jazz pianist and composer Włodek Pawlik.

The Polish premiere will be in Poznań on August 7.

Today will be cloudy and cold, with a strong breeze coming in from the southwest and a good chance of rain in the evening. Temperatures will be slightly cooler than yesterday, with a high around 6°C, or 42°F, dropping slightly overnight to a low of 2°C or 35°F. Similar weather is expected tomorrow, with a chance for some sun later in the week. 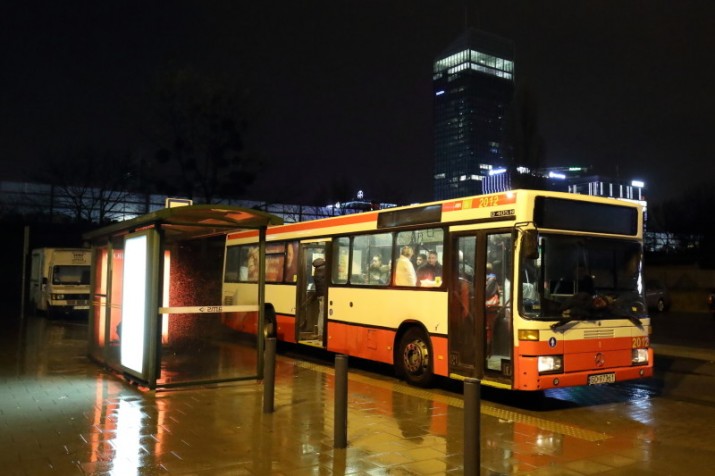